What to know about Tesla’s Hyperloop 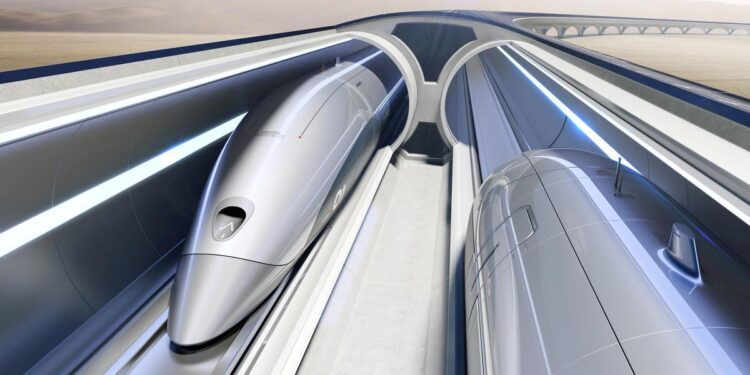 Inspired by the old pneumatic tubes that transported mail, paperwork or cash within buildings, Elon Musk proposed an idea of a super-fast travel system that looks like an enlarged version of it. What do we know about it, and what would be the technological, political and economic challenges that the Hyperloop would be facing in order to exist?

After its initial mention in early 2012, Tesla’s and SpaceX’s scientists worked on a conceptual design called “Hyperloop Alpha” that could describe the potentials and issues of such a project. This was released as an open source design, with Musk himself inviting the public for feedback on it.

Three years later, SpaceX announced that they will build a 1-mile-long test track, and with the help of commercial companies and student teams, start “The Hyperloop Movement” and a fastest pod competition in order to make it feasible. The Hyperloop Genesis paper conceived of a hyperloop system that would propel passengers along the 350-mile (560 km) route at a speed of 760 mph (1,200 km/h), allowing for a travel time of 35 minutes, which is considerably faster than current rail or air travel times.

How fast does Hyperloop go?

According to the Technical University of Munich, also knnown as TUM Hyperloop, won the most recent Hyperloop competition in August 2019, setting a top speed record of 287 mph (463 km/h). While faster speeds are theoretically possible as mentioned above, the TUM Hyperloop team have gone the fastest to date.

What are the proposed routes for Hyperloop?

A viable Hyperloop route should meet the maximum distance of 1,500 kilometers, theoretically. There have been many hypothetical locations that it could be built, mostly in the United States largest metropolitan areas. The Los Angeles – San Francisco route, for example, could directly compete with the California High-Speed Rail that is currently being built. However, the technological and economical feasibility studies are still under discussions.

Overseas, there are Hyperloop projects and studies being made in India, Europe, Canada, South Korea, and in the United Arab Emirates. Elon Musk has even extrapolated this idea to create a Hyperloop system in Mars! In this version, as Martian atmosphere is about 1% of Earth’s, there wouldn’t be the need for a vacuum tube.

As with any project, a business case study should take place in order to see what could be the main obstacles ahead of it, and primarily, if the overall ‘pros’ outweighs the ‘cons’, in order to create a possible and profitable transportation system.

It is not easy to convince someone to get inside an underground sealed tube that will take them on an airtight super-fast route from A to B without having solid emergency procedures, right? Well, since there is no hyperloop currently in operation, engineers currently find it hard to place emergency exits or create backup plans in the face of a disaster or any other safety breaches.

Financing such a futuristic project can be hard as well. Some countries, like Japan and China, are already adopting maglev technology in its railway system, and it has proven to be costly. A hyperloop has some theoretical advantages over magnetic levitation system, but developers aren’t really sure if it could reach a competitive price in order to attract companies and governments to invest and make it happen.

It is important to point out, nevertheless, that the pneumatic tube transportation has been around for more than 200 years, with one of the earliest projects being developed in the 1840s.

The ET3 Global Alliance, an Evacuated Tube Transport (ETT) consortium, along with the Swiss and Chinese governments have also conducted researches and developed ideas for similar technologies.

KFC Goes on Offensive Over Potholes

Most Impressive Infrastructure Projects The US has ...